n a grey London afternoon in 1995, Ed Husain was sitting quietly in the public library opposite Newham College of Further Education, cramming for his upcoming exams, when he heard a commotion in the street below. The 19-year-old glanced out the window to see a small crowd gathered around a young man lying in a large pool of blood. As he was to later discover, a local Muslim youth whom he knew quite well had calmly plunged a knife into the chest of a Nigerian student leader, a Christian, killing him. The incident followed an argument over a pool table, and weeks of escalating tension between gangs of youths.

Husain tore down the stairs and helped police disperse onlookers. When he left the bloody scene later that day, he was overwhelmed with guilt, even though it wasn’t clear whether religion was the catalyst. As an activist with the radical Islamist group Hizb ut-Tahrir, he’d encouraged his fellow Muslim students to disengage from kafirs (non-believers), to believe Muslims were superior to others, that democracy and freedom were Western constructs.

Husain and his fellow Hizb ut-Tahrir supporters had recruited scores of students on campus to the cause of Islamism, by definition the imposition on others of a political rather than spiritual interpretation of Islam. They’d plastered posters over campus such as “Islam: the Final Solution”, organised talks such as “Hijab: Put Up or Shut Up”, called for Sharia law to become state law – all ideas inspired by Hizb ut-Tahrir, which translates as “party of liberation”.

The stabbing was the first of several wake-up calls for Husain. Just as it had taken a few years for him to become an Islamist, to adopt Islam as a political ideology rather than a faith, so it would take years to expunge the hard drive of indoctrination. “I didn’t realise how deeply Hizb ut-Tahrir had penetrated my teenage mind,” recalls the affable 43-year-old Brit, between sips of a flat white at the Good Weekend offices in Sydney. “I’d failed to comprehend the totalitarian nature of what they were promoting. That’s what ideology does; it blinds us.”

The teenage Husain had revelled in how easy it was to manipulate the liberal academics at the college, out of their fear of being labelled racist. His loving parents, with whom he was still living in London, were often brought to tears by their son’s radical turn, which he describes movingly in his 2007 debut book, The Islamist. But Hizb ut-Tahrir leaders had drummed into him that the Islamist movement was more important than family.

In the days following the stabbing, the Hizb ut-Tahrir leadership released a statement condemning the murder, trumpeting that it was a non-violent group. Husain knew this to be a lie, that the modus operandi of Hizb ut-Tahrir, founded in the 1950s by a Palestinian Muslim cleric, was first political subversion and later military jihad in its quest for the establishment of a caliphate. UK investigators, however, accepted Hizb ut-Tahrir’s statement on face value.

Born in London’s East End to Muslim migrants from British India who followed a gentle, spiritual form of Islam based on Sufi traditions, Husain, the eldest of four children, attended Sir William Burrough primary school in Tower Hamlets, East London, a school he describes as a “happy melting pot” of races, religions and tolerance. But at his all-boys high school in Stepney Green, where 90 per cent of students were Asian and Muslim, he found he didn’t have a single white friend.

“In the name of multiculturalism, modern Britain created these monocultural ghettos,” observes Husain, who now advises political leaders on Islam, and whose 2018 book, The House of Islam, suggests peaceful paths for the future. “Multiculturalism is a noble idea, but there was no ‘multi’ in the high school I and many other Muslims attended; on the contrary, every provision seemed to be made for our separatism.

“Our lives revolved around faith schools, mosque and Islamic extracurricular activities. The education system seemed to be scared of asserting European values for a fear of appearing racist. It’s a fear that has to go, because this isn’t racist at all. If young people aren’t exposed to the complexities of life, they can become susceptible to simplistic world views and dogma.”

At Stepney Green, Husain became involved with a group called Jamaat-e-Islami, whose Pakistani founder, Abul Al’a Maududi, was one of the godfathers of modern Islamism. “We were constantly reminded of Islam’s political superiority over the West at Jamaat-e-Islami events,” he recalls. Jamaat-e-Islami’s testosterone-fuelled young leaders, who showed off their kung fu moves in the mosque hall, defied the police and were all-round “bad” boys, were a strong drawcard for the teenage students.

Husain gradually abandoned the form of Islam he’d grown up with, embraced by his grandfather and parents, for a political one his family loathed. From this point, it wasn’t such a big jump to the radicalism of Hizb ut-Tahrir at college, where he studied history, politics and sociology. But in the months after the stabbing, he distanced himself from the group and spent the next few years trying to reconnect with the deeper roots of his faith.

After the September 11, 2001 terrorist attacks in the US, he and his wife, Faye, whom he had met while in college, travelled through the Middle East, where he was taken aback by the level of anti-Semitism in the media, and the way in which conspiracy theories about Jews ruling the world were accepted as fact. Racism, too, was endemic. Working for the British Council in the heartland of Islam, Saudi Arabia, Husain saw how its seven million immigrant workers were treated as third-class citizens. In Jeddah he met black immigrants who’d been living there for decades without passports, eking out squalid lives in cardboard shanties under concrete flyovers. He compared this to the situation in his homeland, Britain, which had given refuge and public housing to thousands of Somalians. “Judge a society by how well it treats its minorities,” he says meaningfully.

Husain observed Saudi men hissing obscenities at women as they walked past, occasionally accosting them, including Faye, who always wore the long, black abaya in public. He was told of the abduction of women from taxis by sexually frustrated Saudi youths. “Almost every challenge in the house of Islam, sadly, is being fought over the bodies of women: how they should dress, whether they should divorce or not, drive or fly alone, whether they’re entitled to a full education,” he says. “Fix that inequality and you fix 52 per cent of society.”

As a teenage Islamist, he’d come to see women wearing short skirts or bikinis as a sign of sexual availability or promiscuity. “It took me a long time to get out of that narrow, petty mindset,” he recalls. It was only much later in life that he learnt where the hijab came from. “It was originally worn by Jewish and Christian women in the Levant,” he writes in The Islamist. “The Prophet Mohammed had not invented the hijab, merely adhered to the dominant dress code of the time.”

Husain, who has two daughters, tells me that when his father passed away in 2016, he insisted that part of his inheritance go to his sisters. “I guess it’s male guilt,” he laughs. “But I thought it was the right thing to do, because Muslim inheritance is part of the problem. Why is it women can only inherit one-third of what a man can? Why is it that a female Muslim’s testimony in court is worth only half that of a man? It’s not Islamophobic to question these things.”

The rigidity of life in Saudi Arabia could easily have repelled Husain from Islam, but he remains a devout Muslim. He insists he’s much closer to God – and a far superior Muslim – for having rejected Islamist ideology. But when he returned to Britain in 2005 – his youngest sister escaped death by minutes in the London Tube bombings on July 7 that year – he was alarmed by the number of organisations dominated by men with Islamist sympathies, including the Islamic Society of Britain and the Muslim Association of Britain. In 2008 Husain, who has a master’s degree in Middle Eastern studies from the University of London, launched the world’s first counter-extremism think-tank, Quilliam, with his friend from college, Maajid Nawaz, who had also defected from Hizb ut-Tahrir after spending time in an Egyptian prison.

“Too often, the spiritually oriented, mainstream Muslims are drowned out by Islamists, who grab the media’s attention,” says Husain, who is now a senior fellow at Civitas: Institute for the Study of Civil Society in London (he’s no longer involved with Quilliam). “You don’t fix a problem by being quiet.” 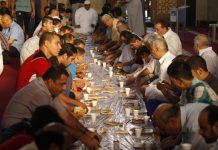 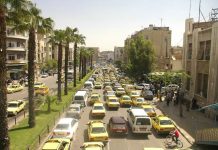 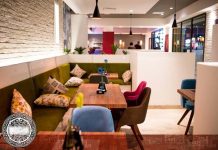 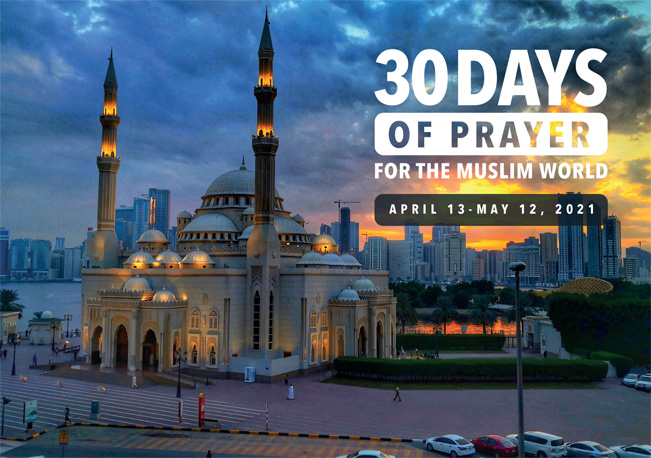